Everyone feels down from time to time.  Feelings of loss (grief), sadness, nervousness or anxiousness are all normal reactions to life’s stressors.  Some feel these feelings most days for apparently no reason.   Persistent feelings like these can lead to difficulty with daily life.  Please know that consistent feelings such as these are not “all in your head.”

Depression is a serious illness where an individual feels more than “down.”  It is a common condition that affects as many as 15.7 million adults in the United States (21% of women and 12% of men), according to the World Health Organization.   Suffering with depression may be described in terms of mood (feeling lifeless, empty or apathetic), physical appearance (look “run-down,” angry, dealing with more aches and pains) and thoughts (negative or even suicidal).

There is no single cause of depression.  It may be triggered by an event or arise without warning.  It has been associated with the following causes: 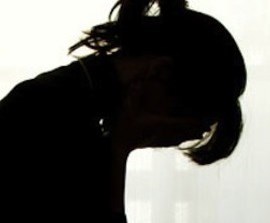 What are the symptoms of Depression?

It will generally affect your thoughts, emotions, behaviors and overall physical health.  Some of the most common symptoms are:

While many will experience one or more of these symptoms from time to time, an occurrence of one (or more) at the same time does not constitute depression.  If you feel as though depression may be something you would like to address, please let me know.

Major depression may be a single episode or occur frequently throughout a lifetime.  This type of depression will last over a two-week period.  During this time an individual experiences depressed mood most of the day, with a loss of interest in normal activities, including relationships.  Those who are suffering with major depression may also experience fatigue, feelings of worthlessness, indecisiveness, insomnia (or hypersomnia – oversleeping), restlessness or feeling slowed down, thoughts of suicide, and change of more than 5% in body weight over a month.

Persistent depressive disorder (PDD, formerly called dysthymia) last for around two years. Although less severe than major depression, many of the same symptoms occur:  low energy, poor appetite or overeating, and insomnia or oversleeping.  It may appear as stress, irritability, and mild anhedonia (the inability to derive pleasure from most activities).  A person suffering with PDD may see the “glass as half empty.”

Bipolar disorder, once called manic-depression, is a brain disorder that causes shifts in mood, energy levels, and ability to carry out everyday tasks.  There are four types of Bipolar: Bipolar 1 and 2, cyclothymia and other specified /unspecified bipolar related disorders.  Individuals who suffer with bipolar may shift from severe highs (mania) or mild highs (hypomania) to severe lows (depression).

Bipolar I Disorder is defined by manic episodes lasting at least 7 days, or by manic symptoms that are so severe that the individual will need to seek immediate hospital care. Usually, depressive episodes occur as well, typically lasting at least 2 weeks. Episodes of depression with mixed features (having depression and manic symptoms at the same time) are also possible.

Bipolar II Disorder defined by a pattern of depressive episodes and hypomanic episodes, but not the full-blown manic episodes described in Bipolar I.

Cyclothymic Disorder (also called cyclothymia) is a mood disorder that causes emotional ups and downs, but not as extreme as in bipolar disorder.  It is defined by numerous periods of hypomanic symptoms as well numerous periods of depressive symptoms lasting for at least 2 years (1 year for children and adolescents). However, the symptoms do not meet the diagnostic requirements for a hypomanic episode and a depressive episode.

Other Specified and Unspecified Bipolar and Related Disorders are defined by bipolar disorder symptoms that do not match the three categories listed above.

How is depression treated?

While there are several strategies, it will depend on your individual characteristics and symptoms.  I will work with you to

screen the severity of depression and treatment plan that may include improving sleep, eating habits and physical activities.  In some cases we may also decide the a medication may need to be part of your treatment, but that would be your decision along with a medical professional.  Contact me for more help. 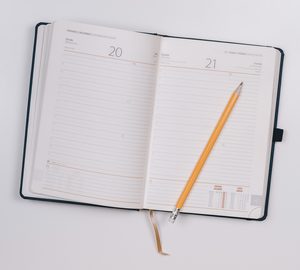 Enter Name and Email below to subscribe to receive notifications of new blog posts and other news! [rainmaker_form id="691"]